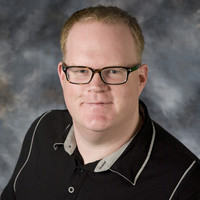 Andrew Jones was a signal and communication maintainer for Canadian Pacific Railway (CPR) in Lloydminster, Sask., responsible for installing, repairing and maintaining signal and communications equipment for the railway. On March 6, 2013, Jones was driving a CPR vehicle performing regulatory maintenance. The road was icy, so he was travelling between 10 and 20 km per hour in a 40 km per hour zone.

Suddenly, a vehicle two ahead of his truck slammed on the brakes at a railway crossing. The car directly ahead of Jones also slammed on its brakes, causing Jones to brake as well. However, Jones’ truck was on an icy section of the road and it slid into the rear of the vehicle ahead of him. There was minor damage on both vehicles, so Jones exchanged information with the other driver and they both left.

Jones reported the accident to his supervisor, who told him to continue working until the supervisor got back to him. The supervisor consulted the divisional engineer and, a few hours later, called Jones back to tell him he would be required to submit to post-accident substance testing. Jones was unfamiliar with the protocol, so the supervisor told him to once again keep working while he found out the details.

The CPR policy on post-accident testing stated that “alcohol and drug testing may be required after a significant work-related incident or accident as part of a full investigation into the circumstances.” It also stipulated that the supervisor investigating the accident would make the decision after consulting with an experienced operating officer, superintendent or higher position to refer the employee for testing, and the testing must be done as soon as possible. The definition of a significant work-related accident included that which caused “significant loss or damage to company public or private property, equipment or vehicles.”

The policy indicated a test wouldn’t be justified “where there is evidence that the act or omission of the individual could not have been a contributing factor to the incident/accident, eg. structural, environmental or mechanical failure, or the individual clearly did not contribute to the situation.” In addition, only employees in a “safety critical or safety sensitive position” who were directly involved were subject to testing.

The supervisor called Jones back and told him to drive himself to a tool house where he would meet another supervisor, who took Jones to the test after making a report to the insurance company.

Following the testing, Jones was held out of service pending the results, a procedure outlined in the testing policy. Jones was interviewed, and he said he had thought the distance between him and the vehicle in front of him was sufficient to stop, but also admitted he might have been too close. Jones also said he had told his supervisor before the accident about poor treads on the truck’s tires — an issue he had raised at a safety meeting. The supervisor had tried to get the tires changed but it wasn’t approved because there wasn’t enough mileage on them.

CPR decided Jones would be suspended March 20, making the length of the suspension two weeks. The next day, the test came back negative but the suspension continued as CPR felt a driver who rear-ends another vehicle is normally at fault due to a failure to follow a safe distance, especially in icy conditions. The union grieved the suspension, arguing it was “unwarranted, arbitrary and discriminatory.”

The arbitrator found CPR did not follow its substance testing policy because the accident shouldn’t have been considered significant and there were other factors to consider.

The arbitrator found the damage to the CPR vehicle and the other vehicle was minor and there were no injuries. In addition, the conditions were slippery and the truck’s tires were not in good shape, factors that were not Jones’ fault. The arbitrator also found the supervisor did not have enough information to order a test, having not seen the truck or Jones in person.

“The record in this case discloses that the decision to request substance testing was based only on (Jones’) telephone call reporting to the supervisor the minor vehicle accident,” said the arbitrator. “This was a completely inadequate basis for ordering (Jones) to attend for post-accident testing, when the company was aware of the icy road conditions as they existed at the time of the accident, and the concerns (Jones) had raised about the condition of the tires.”

The arbitrator found Jones wasn’t at fault for the accident, the testing was unnecessary and the two-week suspension was excessive. CPR was ordered to remove the suspension from Jones’ record and compensate him for lost wages and benefits, placing a caution in his record instead.