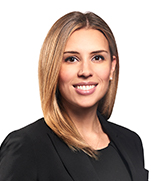 In the thousands of Occupational Health and Safety Act (OHSA) prosecutions that have occurred in Ontario history, defendants have been jailed fewer than two dozen times. However, in its recent decision of Ontario (Labour) v. New Mex Canada Inc., the Ontario Court of Appeal provided clarity on the sentencing principles in OHSA cases. The court made clear that just because jail terms are rare does not mean they should not be imposed.

In 2013, a worker fell approximately 12 feet to his death from an order picker with an open-sided non-slip-resistant platform. The employer knew that the worker was epileptic and that he had fainted twice before at work. The worker had received no health and safety training, the order picker was not equipped with fall protection equipment, and the worker was wearing dress shoes. The pathologist inferred that the worker had a seizure on the forklift and fell while unconscious. The sentencing judge described the circumstances as showing “the highest level of negligence.”

The Ministry of Labour laid multiple OHSA charges against New Mex as the employer, and New Mex’s two directors, Baldev Purba and Rajinder Saini. Each of the three defendants pleaded guilty to two offences. On sentencing, the prosecutor had asked for a total fine for New Mex of $100,000 or higher. Despite that, the sentencing judge imposed a total fine on New Mex of $250,000 ($125,000 per count). For Purba and Saini, the sentencing judge concluded that, as the sole directors of New Mex, they would be paying the New Mex fine themselves, so to impose a fine upon them personally would only cause more financial hardship. Instead, she imposed 25-day intermittent sentences of jail time and 12 months of probation on both Purba and Saini.

On the first-level appeal by the defendants, an appeal judge sitting in the Superior Court of Justice allowed the appeal and held that the sentences imposed departed substantially from appropriate sentences, making the sentences imposed “demonstrably unfit.” The appeal judge varied the appealed sentences and imposed the following fines: $50,000 on New Mex ($25,000 per count), and $15,000 on each of Purba and Saini ($7,500 per count). No jail time was imposed.

The Crown (Ministry of Labour) appealed to the Ontario Court of Appeal. While the court of Appeal found errors in principle made by the first-level appeal judge that affected his conclusions, it found that the appeal judge was correct in finding that the fines imposed by the sentencing judge were demonstrably unfit.

In terms of fines, the court held that a fine imposed on a corporation should not be treated as a fine imposed on a director, because a director is under no legal obligation to pay the corporate fine. The court held that the fitness of an OHSA fine can be determined by asking: “What amount of fine is required to achieve general and specific deterrence, and would otherwise be appropriate bearing in mind the principles of sentencing, including proportionality, and parity?” The court stated, “The answer to that question does not remotely support a $250,000 fine”, given that the company was small and financially weak, and considering the range of fines imposed on similarly situated offenders in similar cases.

Ultimately, the Court of Appeal held that although the fines imposed by the appeal judge against all three defendants were lenient, they constituted sufficient deterrence and were not demonstrably unfit. The Court of Appeal noted in its decision that jail time has historically been reserved to cases where the defendant is a repeat offender, did not plead guilty, and showed no remorse. In light of the court’s confirmation that the rarity of jail time is not a sentencing principle, and that jail time would have been appropriate in this case, we will be keeping a keen eye on how this decision is applied by courts in future.