Not complying with an injunction can result in jail time 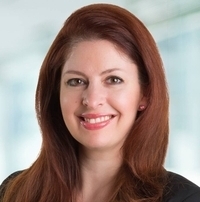 OHS convictions and penalties are expensive. In addition to the humanistic and moralistic aspects, the internal resources put into managing the underlying incident (including paying for external legal and other help), means that an OHS fine or administrative penalty can cost tens or hundreds of thousands of dollars in hard costs — and, more recently, exceeding $1 million in some jurisdictions for direct penalty amounts. These significant penalties can deeply affect an organization and even threaten its viability.

However, this is not as bad as it can get. OHS legislation provides  stop work orders and, in many jurisdictions, injunctions: court orders that can prohibit an organization or person from carrying on certain business or activities. In some jurisdictions, the availability of an injunction is to supplement or reinforce regulatory powers to direct that work be stopped. In others, injunctions can and have been used as a tool to compel compliance or as part of the penalty imposed following an OHS conviction.

Every jurisdiction in Canada gives its OHS officers the power to order that work be stopped. The issuance of a stop work order can cause significant disruptions of work at a workplace because certain activities cannot be carried out, equipment may not be available or the whole workplace may be shut down. Yet, when this is not enough, some OHS legislation provides that the courts can be called upon to address non-compliance with stop work orders or OHS legislation by issuing an injunction. Others permit OHS officers to stop work at more than one of the organization’s workplaces at the same time even though an incident only happened at one.

On May 14, 2015, British Columbia amended its Workers Compensation Act to permit a stop work order to apply to more than one of an employer’s workplaces. This can happen if the employer has failed to comply with a provision of the act or has failed to comply with an order under that provision in the previous year and there is a risk of harm. These “stop operations” orders can be issued if there are reasonable grounds to believe that the same or similar unsafe conditions exist at the other workplaces. However, British Columbia requires an OHS officer to get prior approval, from one of two senior Workers’ Compensation Board officials, before issuing a stop operations order.

Similarly, on May 20, 2016, Bill 165 was passed in Nova Scotia. It amends the province’s Occupational Health and Safety Act. When the amended provisions become active, a “stop operations” order may be issued if the employer has previously contravened the health and safety act or regulations (no time frame is given for previous contraventions) or has failed to comply with an order and the OHS officer believes that the same or similar conditions exist at another workplace. The “stop operations” order must first be approved by the executive director of occupational health and safety (or their designate) and must contain the same conditions as the original stop work order.

In addition to expanding the powers of OHS officers, health and safety legislation in Canada provides for the enforcement of orders and OHS legislation through court injunctions. This process is available in jurisdictions such as Ontario, British Columbia, Nova Scotia and under the Canada Labour Code. However, injunctions are available on a more limited basis in Ontario than in the other jurisdictions because its Occupational Health and Safety Act only permits an injunction to be issued by a court where a stop work order is being contravened. The power to obtain an injunction has rarely been exercised. The most recent case in this province, Dennis v. 1353837 Ontario Inc., resulted in a mixed finding in which the respondents would be guilty of contempt for disregarding an injunction if they were not able to successfully appeal against the orders, including stop work orders, upon which the injunction was based.

OHS legislation in Nova Scotia, B.C., and the Canada Labour Code authorizes injunctions to stop a breach by a person or a corporation. Therefore, injunctions are more broadly available in these jurisdictions in relation to health and safety matters. Injunctions and contempt proceedings for failing to comply with those injunctions have been dealt with most recently in B.C. In 2012, an asbestos abatement contractor was sentenced to 60 days in jail for not complying with an injunction that indefinitely prohibited him from doing business in asbestos abatement, the demolition or drywall removal business and from providing hazardous material inspections, surveys and testing and environmental assessments.

More recently, in February 2016, the B.C. Workers’ Compensation Board was unsuccessful in proving alleged breaches of an injunction against an asbestos contracting company, Skylite Building Maintenance, and two individuals. The injunction prohibited them from contravening applicable OHS legislation and from exposing people to asbestos. The court found that the injunction was not sufficiently clear so as to be enforceable. Had it been clear, there could have been very serious consequences — including jail or a fine.

It is worth noting that in B.C. and Nova Scotia (upon proclamation of Bill 165), an injunction could prohibit carrying on a particular business or type of work. In B.C., the prohibition of work could continue for an indefinite period, while Nova Scotia will limit the prohibition to a specific period or the occurrence of a specific event.

In an Alberta case that should give employers significant pause, R. v. MacKay Construction Ltd., a company was prohibited from carrying on business in residential construction or employing workers for a period of 18 months unless certain requirements were met and approved by the OHS regulator. The company also had to ensure that its principal did not engage in the same prohibited activities. In addition, an $11,500 fine (including the applicable surcharge) was imposed on the company. Based on the comments made in court, the injunction was used to supplement the financial penalty, which, alone, the Crown viewed as inadequate. Notably, MacKay Construction and its principal did not have lawyers. The company was insolvent with no prospect of paying any penalty in the foreseeable future, and the company principal was also struggling financially. But for the prohibition order, the fine would likely have been in the range of $70,000 to $125,000 (plus the surcharge) since a worker, who was not using fall protection, was seriously injured after falling from height.

The upshot of the MacKay Construction decision is that it establishes that a prohibition order — the functional equivalent of an injunction — can be imposed in addition to any other penalty for a conviction under Alberta’s health and safety act. It doesn’t take much to imagine how devastating such orders may be. They can, effectively, prohibit businesses or individuals from engaging in their chosen livelihood, thereby threatening the viability of a business or resulting in individual financial ruin.

Only time will tell whether MacKay Construction is a unique sentence crafted to account for the very specific circumstances of an individual matter, or if it signals the willingness of prosecutors and the courts to impose more severe consequences in the name of deterrence.

What can be taken from these cases is that, currently, the use of injunctions in the health and safety context remains relatively rare. However, as demonstrated by the recent expansion of injunctive remedies in Nova Scotia, OHS legislation in Canada is being amended to not only provide a greater ability to use injunctions but to provide an expanded list of prohibitions — including prohibiting business activity — that may be imposed as part of an injunction. This may signal an intention to provide more tools for OHS officers and courts to address breaches of OHS legislation — tools that can seriously affect the on-going business and financial interests of an organization and the key people therein.

This article was co-authored by Jeremy Warning, partner in the national occupational health and safety and workers’ compensation practice group at Mathews Dinsdale and Clark. Warning, a former OHS prosecutor, is based in Toronto and can be reached at (647) 777-8284 or [email protected].

This article originally appeared in the February/March 2017 issue of COS.