Due diligence in the line of duty 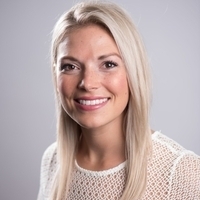 Law enforcement personnel are constantly faced with threats and, sometimes, actual violence and harm. Occupational health and safety standards, employer obligations and due diligence expected in this particular environment came under close scrutiny last year in the case of R.v. RCMP.

On the evening of June 4, 2014, a rogue shooter armed with an M305 semi-automatic 0.308 Winchester rifle, dressed in camouflage, with at least 60 rounds of ammunition, set out on the quiet streets of Moncton, N.B. Royal Canadian Mounted Police (RCMP) officers responded to reports of a man with a rifle. Tragically, Const. Douglas Larche, Const. David Ross and Const. Fabrice Gevaudan were murdered in the line of duty.

The assailant, Justin Bourque, was charged with three counts of first-degree murder and two counts of attempted murder. He pleaded guilty to all counts and was sentenced to two concurrent life sentences without the possibility of parole for 75 years.

The RCMP, a federally regulated employer, was charged with four offences under Part II of the Canada Labour Code, specifically section 124, which requires employers to comply with a general duty to “ensure that the health and safety at work of every person employed by the employer is protected.”

The prosecution alleged that the RCMP failed to ensure the health and safety of workers because it did not provide appropriate use of force equipment (including patrol carbines and hard body armour) nor related user training when responding to an active shooter. It was alleged this situation occurred despite having a policy requiring all general duty members to immediately respond to and stop a defined active threat, and despite knowledge for years that use of force equipment (service pistols and shot guns) was inadequate to ensure the safety of members when responding to incidents.

The prosecution also alleged that the RCMP did not provide appropriate information, instruction or training to members and supervisory personnel for responding to an active shooter event in an open environment.

The RCMP argued that the Crown failed to prove the offences beyond a reasonable doubt and alternatively, that it exercised due diligence by taking all reasonable steps in the circumstances to avoid the incident.

On Sept. 29, the New Brunswick Provincial Court found the RCMP guilty of failing to provide members with appropriate use of force equipment and related user training when responding to an active threat or active shooter event in an open environment. In January, the RCMP was sentenced to pay $550,000, including a $100,000 fine and $450,000 in charitable donations, under the Canada Labour Code. The maximum fine that could have been imposed was $1 million.

The RCMP was found not guilty of failure to provide adequate training largely because there was no delay in training once new measures were in place. A fourth charge (repeating the other allegations) was stayed.

The duty imposed on employers to protect health and safety of all employees while at work is very broad. No express regulations or provisions exist in the Canada Labour Code relating to appropriate weaponry, use of force equipment and training for law enforcement. This creates uncertainty regarding what would be considered “unreasonable” or a failure to ensure worker safety or establish an offence. It also makes it difficult to establish the defence of due diligence.

Although specific regulatory provisions and practices exist relating to certain industries, this decision makes it clear that even an industry standard may not always be a reliable benchmark for what may be considered reasonable depending on the circumstances. The court found that although the accepted industry standard at the time of the incident in 2014 did not require the provision of patrol carbines, the standard of care required is governed by other factors, such as the seriousness of the potential harm and the likelihood of the harm. Given the gravity of the harm to which front-line RCMP officers are exposed and the increasing prevalence of heavily-armed assailants, something more than the industry standard was required. All reasonably required steps were not taken.

Detailed evidence presented over the course of the 24-day hearing revealed that issues with the RCMP’s weaponry were identified in 2006 and 2007 following inquiries and investigations into tragic officer shootings in Alberta and Saskatchewan. This triggered an investigation into the adequacy of use of force equipment and the implementation of new, more appropriate equipment. A written brief prepared in 2006 identified the benefits of carbine weapons. Approval for new equipment occurred by 2011. Full implementation had not yet occurred in 2014.

By June 2014, patrol carbines (the weapon determined to be appropriate) were just being made available to certain detachments assessed as having the most need. In New Brunswick, carbine training was underway. Emails were being sent to officers regarding body armour. Evidence was presented of multiple reasons for the various delays in updating use of force equipment, such as feasibility studies, research, procurement processes and the revamping of policies and procedures on the use of Tasers. Evidence was also presented that despite bureaucratic delays, it would have been reasonable to have this project implemented within 18 months after approval. The delay in equipping and training officers was described by the prosecution as “inexcusable.”

This decision scrutinized the RCMP’s timeline and progress toward implementation of measures — such as appropriate policies, equipment and training — that would ensure the safety of workers. The court took a close look at the following: when the RCMP became aware that the current weaponry, equipment and training was inadequate to deal with heavily armed assailants; what steps were taken by the RCMP to mitigate the risk faced by front-line members who were “outgunned” when faced with active shooters while the patrol carbine program was being rolled out; and whether the causes of the delays in the process were reasonable. While it was recognized that delays in the implementation process were caused by some legitimate issues, like budgetary matters and dealing with partners and training, some further delays were fuelled by the RCMP’s focus on studies and “shielding themselves from public criticism,” which was entirely unreasonable.

Due diligence did not require superhuman effort, the court ruled, but it did “require a plan properly prioritized, resourced and executed to address known risks” to health and safety of members. The rollout was described as lacking in any sense of urgency, apparently due to a focus on the odds of such an event happening, rather than the duty to ensure health and safety of members should it happen. The court ruled that expected frequency of a risk arising is not a factor to be considered, stating: “When the risk to the employees is great, due diligence requires a robust and timely response.”

Following this decision, there is no doubt that once an employer becomes aware of a serious safety risk to employees, the risk should be highly prioritized and any delays in addressing that risk will be heavily scrutinized.

Cheryl A. Edwards is the co-author of this article. She is a senior partner at the firm’s occupational health and workers’ compensation practice in Toronto. She can be reached at (647) 777-8283 or [email protected].

This article originally appeared in the February/March 2018 issue of COS.