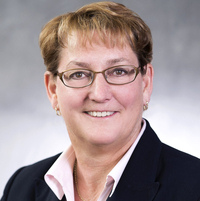 Safety professionals are no doubt aware of the high fines and administrative monetary penalties now routinely imposed by government OHS enforcers and courts after a workplace fatality. Less well-known are the fatal premium adjustments and experience ratings being made to employers’ workers’ compensation cost records and refunds. These policies result in a clawback of any premium refunds that would ordinarily be received by the accident employer for its practices and efforts to reduce injuries. This clawback can be significant — in many cases, far more than any penalty imposed by a court or OHS enforcer.

In response to a Toronto Star media campaign in June 2008, Ontario’s Workplace Safety and Insurance Board (WSIB) introduced a new policy that stipulates employers who would otherwise be in a rebate position are not eligible for an experience rating rebate in a year in which they experience a fatality. For these otherwise “good” employers, they will face a surcharge equal to what their rebate would have been, but for the fatality. The WSIB will also disqualify the organization from receiving a Safety Group incentive in the year of the fatality. The WSIB’s validation unit will examine whether the deceased worker’s employer would otherwise be entitled to receive a refund under the new experimental experience rating (NEER) program, CAD-7 (also an experience rating program) or both.

It is then the WSIB’s practice to conduct an investigation to determine the cause of the fatal incident. During the investigation, the WSIB collects evidence to determine if the employer took sufficient precautions to prevent the incident and whether there were exceptional circumstances that exist that would make it unfair to apply the penalty. These investigations often run parallel to Ministry of Labour investigations. They often request and use the same information — specific policies and procedures for the task involved, training, inspection records, hazard assessment records, supervisory records — all with a view to making a parallel WSIB decision on clawback of the refund. The WSIB will make a decision in respect of the workplace fatality within a few weeks or months of the occurrence — long before the statutory deadline for the Occupational Health and Safety Act or any possible Criminal Code charges.

It’s also worth noting that an employer in a surcharge position is not subject to the policy and, therefore, suffers no risk of the penalty adjustment.

Although the plans differ somewhat in their specifics, several other provinces also penalize employers by altering their rebate or discount if they have a fatality. The manner in which the provincial or territorial workers’ compensation boards charge the employer’s account for the costs of a fatality also differ. Some provinces simply treat the claim as any other and incorporate the actual costs into the employer profile and experience rating calculations, while others have a specific method of costing a fatality. For example, Nova Scotia charges each employer with five times the maximum insurable earnings level for the year of the accident rather than the actual cost of the claim, whereas Manitoba charges a proxy of $150,000 in costs to the employer’s record.

Section 73(1) of the Workers’ Compensation Act authorizes WorkSafeBC to assess the employer an additional amount in certain circumstances, including a work-related death. However, the legislation in British Columbia provides a straightforward mechanism that is administered more readily. B.C. places a cap on the penalty that is equal to the maximum compensation payable and applies it where there is evidence of “gross negligence or a failure to adopt reasonable means for prevention on injuries.” This number is indexed annually. It was $55,810.03 for 2017.

The Alberta Partnership in Injury Reduction (PIR) program provides a premium discount for employers who qualify and maintain their Certificate of Recognition (COR). Discounts range from five per cent to a maximum of 20 per cent. In the case of a fatality, an automatic COR review is initiated and the employer’s PIR is put on hold. If the employer is found to be in compliance with COR requirements, the PIR rebate will be released.

Employers are challenging these policies as being entirely contrary to the purpose of workers’ compensation schemes for no-fault worker coverage. These policies directly introduce a “fault” element, suggesting or assuming that the employer whose worker has experienced a fatal accident is not deserving of its refund for proactive safety practices. The matter of the legal validity of the WSIB’s fatal claim premium adjustment policy is pending before the Ontario Workplace Safety and Insurance Appeals Tribunal. In 2008, an employer was expecting a rebate of more than $1 million under the NEER program. However, as the result of a fatal injury in October 2008, the WSIB applied the fatal premium policy and negated the rebate that was related to the three prior (good) claim years. The employer appealed and the tribunal has issued several interim decisions (five so far).

Unfortunately, by the time the tribunal makes the final ruling in the precedent case it may be too late. Ontario is set to transition to a new premium setting system in 2020 (known as the rate framework reform) which will see an end to the 30-year-old NEER and CAD-7 experience rating programs.

This article originally appeared in the October/November 2017 issue of COS.