Guiding a safety committee to success 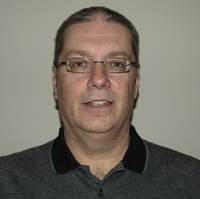 Opinion
For any organization or group, it is essential that it establishes some sort of guideline or document that describes its purpose and mandate in order to properly function as intended by the company it represents. The same can be said when it comes to safety committees at work.

Safety committees are considered an internal group within a company and are subject to the same requirements when it comes to having a guideline that reflects its mandate. This guideline is often called the committee’s terms of reference.

The most successful safety committees are the ones that understood their roles and responsibilities and this is reflected in their terms of reference. This is why I consider the terms to be as important as any sports team’s playbook.

So how does a safety committee go about developing its terms of reference?

The first step is for the members to consider their role within the company they represent. Some of this information is often described in the legislation that is created by the federal or provincial regulators. This is a good starting point to make sure the committee is at least meeting its basic legislative requirements.

The second step is for them to identify their duties (responsibilities and accountabilities) with respect to their goal of auditing the company’s safety managed system. It is important for them to clearly define and document this information so they can easily communicate their mandate to the company and the workers they represent. It also establishes boundaries to ensure that the committee does not go beyond its intended mandate.

The third step is for committee members to focus their efforts on what I call the seven functional areas of the company’s safety managed system that require their attention during audits and reviews. They are:

Each of these functional areas will need to be well understood, assessed and supported by committee members in order to focus on continued effectiveness. These defined areas also allow the committee members to identify any gaps and recommend improvements based on their knowledge and experience.

All committee activities and tasks should belong within these functional areas as this will increase the committee’s capabilities and value to the company. Committees tend to stumble when they go beyond the boundaries set by the terms of reference. An example of this would be for the committee to get involved with labour relations issues. These must be left for the company and the union to resolve.

Another benefit of developing a good terms of reference document is that it provides the company with an important tool to measure the effectiveness of the committee. The committee will only be as good as the effort that is put in by the company in supporting and maintaining it as the internal auditor of the safety managed system.

The development of the committee’s terms of reference document should not be seen as difficult or complicated. Its main purpose is to guide the committee in performing and achieving its goals and objectives. By clarifying the committee’s responsibilities and accountabilities, it provides the necessary focus to deliver its mandate.

The level of creativity and innovation that is contributed by each committee member in developing the terms of reference will greatly enhance its effectiveness.