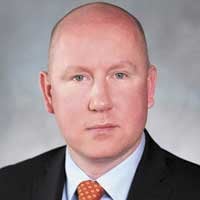 Opinion
It has been more almost six years since Christmas Eve 2009, when five men fell from a swing stage at the 13th storey of a Toronto apartment building. Four of the men were killed and the lone survivor was very seriously injured. Litigation arising from the accident, which occurred on a project undertaken by Metron Construction, continues. The most recent development occurred on June 26 when the project manager, Vadim Kazenelson, was convicted of four charges of criminal negligence causing death and one charge of criminal negligence causing bodily harm.

The case is notable for a number of reasons. One main reason is because no Ontario court has previously explored or explained how the provisions of the Occupational Health and Safety Act could be used to assess an allegation of criminal negligence. In Kazenelson, the court confirmed that non-compliance with the OHSA or its regulations is not, in and of itself, proof that a person has contravened section 217.1 of the Criminal Code, which states that every one “who undertakes, or has the authority, to direct how another person does work or performs a task is under a legal duty to take reasonable steps to prevent bodily harm to that person, or any other person, arising from that work or task.” However, the court indicated that, because the OHSA and its regulations are designed to ensure workplace health and safety, they can “assist in identifying what steps it is reasonable to expect a person subject to a duty under s. 217.1 to take to prevent bodily harm in the workplace.”

In Kazenelson, the court found that the fall protection provisions in the Construction Projects regulation were reasonable steps to take to prevent harm to workers working at height.

The court’s decision may seem unclear because it holds that non-compliance with health and safety legislation is not, in and of itself, a failure to take reasonable precautions to prevent bodily harm while, at the same time, says that health and safety legislation can assist in identifying reasonable precautions. However, the court was likely indicating that unlegislated measures could also be reasonable precautions. Indeed, in Kazenelson, the court also considered information provided during training sessions Kazenelson attended at the Construction Safety Association (now the Infrastructure Health and Safety Association) as reinforcing the reasonableness of using fall protection when working on a swing stage.

Finally, the decision is notable because it provides insight into the scope of behaviour that will be considered when assessing a charge of criminal negligence.  At trial, the court heard from various workers about positive circumstances regarding the use of fall protection on the project. Some workers testified they never worked on a swing stage without being tied off and never saw anyone do so.

Workers also testified that if Kazenelson had caught them working without being tied off, they would have been fired. Based on that evidence, the court concluded that “everyone who worked at the site was well aware of the importance of being tied off to a lifeline while working on a swing stage.”

Despite all of this, Kazenelson was convicted of criminal negligence because of his actions on Dec. 24, 2009. The court found that, shortly before the accident, Kazenelson had ascended to the 13th floor of the building. He did so either by taking the involved swing stage from the ground or by taking it from the 12th floor that allowed the swing stage to be accessed from a balcony. Regardless of exactly how he ascended to the 13th floor, the court found that Kazenelson would have been aware that there were only two lifelines available for use by those on the swing stage. The court also considered that, when Kazenelson arrived at the 13th floor, he asked the site supervisor about lifelines. The site supervisor said “Don’t worry about it” and Kazenelson took no other steps. Finally, Kazenelson permitted six workers to board the swing stage and even assisted workers in loading their equipment onto it.

The court found that the totality of Kazenelson’s conduct amounted to wanton and reckless disregard for the lives or safety of the workers on the swing stage. The court’s ruling demonstrates that positive past behaviour can be displaced by the decision not to take positive steps to prevent harm where the circumstances require action to be taken. As such, the criminal negligence analysis can focus on a specific, narrow time period and examine it in isolation from one’s broader conduct in the workplace.

Kazenelson will be sentenced in January. He can appeal his convictions or any sentence imposed. Additionally, OHSA charges remain pending and a mandatory coroner’s inquest will be held when all other litigation is over. It, therefore, appears that the Metron Construction saga will continue, in some form, for some time.

This article originally appeared in the October/November 2015 issue of COS.