Intentional injury and the intent of the law 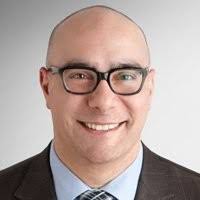 Opinion
Generally, the definition of “accident” in Canadian workers’ compensation legislation includes ‘a willful and intentional act, not being the act of the worker.’ Based on this part of the definition, injured workers would be entitled to benefits where they sustain an injury based on a deliberate act by someone else, that causes them some kind of personal injury. This may even include being injured by an assailant who enters the workplace.

What happens when a worker sustains an injury due to his or her own intentional misconduct? Is the worker still entitled to benefits? Based on the above definition, workers are generally not entitled to benefits if their injuries are due solely to their own serious and willful misconduct.  However, provincial legislation, including the compensation legislation in British Columbia, Alberta and Ontario, provides that workers would be entitled to benefits, even if the injury was caused solely by their serious and willful misconduct, on the condition that the worker is seriously disabled, or perhaps if they are killed.

For employers, this presents an interesting argument. There have been a number of employers who have argued that a worker should not receive benefits because their injury resulted from willful misconduct. However, the compensation boards look at whether the worker’s behaviour was both “serious” and “willful.” The word “serious” is subjective, and it would be up to the employer to prove that the behaviour was both serious and willful, if they are arguing that benefits should not be payable.

In spite of the provisions allowing benefits if a worker is seriously injured or killed because of their own serious and willful misconduct, employers may still successfully argue that benefits should not be allowed in such cases.

It is generally an accepted principle in workers’ compensation law that an accident must arise out of and in the course of a worker’s employment. That is, the accident must occur while the worker is at work, and it must somehow be related to the work, or activities that are reasonably incidental to work.

In a 2007 decision, the Ontario Workplace Safety and Insurance Appeals Tribunal reviewed a case where a worker broke two bones in his hand when he punched a freezer after a verbal altercation with his acting supervisor. The compensation board denied benefits, and he appealed that decision. The tribunal found that there had been no physical fight. The worker struck the ice machine at some point after a comment by his supervisor to be quiet.

The tribunal in that case commented that the incident was not attributable solely to the serious and willful misconduct of the worker. They also found that the worker did not suffer a serious impairment. They commented, however, that the activity of punching the ice machine was not reasonably incidental to the workers’ employment, and that the worker was not in the course of his employment at the time of the injury. As such, benefits were not payable.

Employers faced with this type of situation need to conduct a thorough incident investigation to determine exactly how the injury occurred, including all information leading up to the event causing the injury. Employers should consider challenging entitlement in these types of claims.