Lack of remorse results in 4-month jail sentence for supervisor 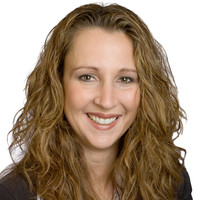 An Alberta judge cited a lack of remorse as a factor warranting a four-month jail term for a supervisor of a work site. The supervisor, as well as his employer, had been charged with a variety of offences stemming from an incident that occurred in April 2015 where a trench at an infill housing construction site collapsed, fatally injuring a worker. The worker was a casual day labourer who had been working in the trench to install new water and sewer lines. The trench was not braced in any way, contrary to the legislation, and a wall collapsed, trapping the worker inside the trench where he died. The employer pleaded guilty to the charge of failing to ensure the health and safety of a worker and the supervisor pleaded guilty to the charge of failing to take reasonable care to protect the health and safety of another worker.

While a guilty plea will often be considered a mitigating factor, it did not have that effect in this case. The judge found that the employer and the supervisor had exploited a vulnerable worker for profit and put their own interests ahead of safety and the requirements in the regulations. Therefore, the judge found that jail time was appropriate as the supervisor’s culpability was very high.

The employer was sentenced to a fine of $425,000 plus the victim fine surcharge of $63,750. However, the judge noted that the employer was a company without assets and she acknowledged that it was unlikely to pay the fine. Nevertheless, the judge considered it appropriate to issue a large fine in order to have an impact on other corporations who may be motivated to conduct business in a similar manner.

The developer of the work site had previously pleaded guilty as the prime contractor to the charge of failing to ensure the legislation was complied with on a work site. The developer had agreed to a fine of $111,250 and a $50,000 contribution in the worker’s name to an organization where he had previously accessed services to assist in providing safety training and equipment to day labourers.