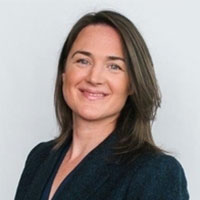 Imagine a “workplace” your workers may go to, or a property that you as the “employer” do not own. Then, imagine your workplace health and safety committee potentially facing the task of inspecting each part of that “workplace” (seven million locations and more than 72 million linear kilometres) under the health and safety provisions of the Canada Labour Code. Fortunately, the Supreme Court of Canada rejected that position and confirmed in Canada Post Corp. v Canadian Union of Postal Workers, 2019 SCC 67 that site-safety inspections performed by members of a health and safety committee are properly limited to parts of the workplace controlled by the employer. This is good news for federally regulated employers who, since the decision from the Federal Court of Appeal, were forced to consider how hazards identified by employees on property where the employer had no control or authority could feasibly be remedied.

The issue arose in August 2012 when a Canadian Union of Postal Workers member who was also on the workplace health and safety committee filed a complaint with the federal regulator. The complaint alleged that Canada Post was not complying with subsection 125(1)(z.12) of the Canada Labour Code by preventing the committee from performing site-safety inspections of its mail carrier routes and delivery points.

A month later, a direction was issued to the corporation requiring it to have committee members carry out site-safety inspections along all routes and points of call. Canada Post appealed the direction to the Occupational Health and Safety Tribunal of Canada.

The tribunal appeals officer confirmed a broad interpretation of the definition of “workplace” and held that mail carrier routes and points of delivery were captured by the definition. However, he narrowed the effect of that broad interpretation by contextualizing it — he said the obligations need to be interpreted in the context of control (over the workplace and the activity).

The appeals officer decided that the purpose of the workplace inspection obligation is to permit the identification of hazards and the opportunity to address them. As such, control over the workplace is key. Without control, an employer is simply not in a position to have the legislation apply in the way that the federal government said it did. The appeals officer decided that Canada Post did not have the required level of control and authority, so the direction should not have been issued.

The SCC decided that the appeals officer’s interpretation of the subsection was the right one and said that Canada Post did not have an obligation to perform site-safety inspections along its routes and points of call. Its position turned on “control” of the workplace, as set out in section 125(1) of the code. It agreed with the appeals officer that control was essential to fulfil the purpose of the provision — to make workplaces safer for workers. The inability to fix or alter hazards identified along the routes did not align with the purpose of the legislation.

Federally and provincially, health and safety legislation will continue to be interpreted in a way that gives broadest effect to its purpose and objective: the protection of worker safety. The code requires certain obligations (such as committee inspections and protecting contractors and others who access the workplace), where, per section 125(1) of the code, the federal employer controls the workplace. However, this decision reaffirms that when warranted and permitted by statutory language, where the purpose of the legislation cannot be achieved, logic will prevail and a narrow reading will be followed as that is what is achievable.

This decision also supports the position that health and safety obligations may be assessed in terms of what is practical. The SCC noted that the sheer number of kilometres and delivery points covered by Canada Post mail carriers in a year challenged the practicality of enforcing the provision.

Deanah Shelly is a partner in the Toronto office of Mathews Dinsdale & Clark. She is a member of the firm’s national occupational health and safety and workers’ compensation practice group. She can be reached at (416) 869-2502 or [email protected]

This article originally appeared in the March/April 2020 issue of COS.