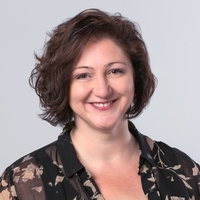 This particular site gets a lot of short-term or contractor safety personnel, so the people there get to see what they phrased as "the best and the worst" of our profession. The discussion reminded me of a discussion thread on the Canadian Society of Safety Engineering (CSSE) LinkedIn group started by Shirley Galloway who was frustrated with the action and practise of people who called themselves safety professionals, but who may not be working to a standard that's generally seen as acceptable in the profession. Our site discussion touched on one particular situation, but I would like to hear your opinion on this.

What can we, as safety professionals, do when someone is not conducting themselves in a professional manner? They may be either being unethical or we may assess that they might not be as competent as we need them to be, i.e. they do not understand basic principles of safety management systems and loss control.

One person expressed frustration having been in a situation where they had not been impressed with the ability or behaviour of the person representing the safety position for one of their contractors. They said they could not even complain to a certification body because the said safety person had none — just a three-week technical course on safety from another country. The person also did not belong to any safety professional organizations — like the CSSE, which has a compliant system. They just were practising the safety craft.

So, safety people, what do you do in this situation? What do we need in the Canadian safety profession to eliminate these kinds of things?  ?