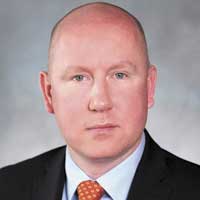 Opinion
Every health and safety statute in Canada contains a “general duty” or “basket” provision. These provisions do not set out a specific health and safety standard but, generally speaking, require that reasonable steps be taken to ensure health and safety in the workplace. Such provisions are frequently used by regulators to address circumstances to which no specific legislated standard applies. Regulators may use the “general duty” provision to require compliance with professional or industry standards, or to require a workplace party to take steps that the regulator views as beneficial.

General duty provisions are flexible and have been applied to address a very broad range of circumstances, such as workplace violence, removing ice from a wall on a tunnelling project, safety in farming operations, the provision of anti-fatigue mats as well as heat stress and cold weather management plans.

Yet, what are the limits on the application of these general duty clauses? Are they so malleable that they can be applied in any circumstance? A recent decision by the Ontario Court of Justice in Ontario (Ministry of Labour) v. Quinton Steel (Wellington) Limited provides some assistance in defining the scope of these provisions.

Quinton Steel operated a custom steel fabrication business. As part of its operations, workers would work at heights and would often use a temporary platform constructed from two metal A-frame stands spanned by wooden planks.

Tragically, in June 2012, a welder employed by Quinton Steel died after falling from one of these temporary platforms while welding a large fabrication. The worker was working at a height of six feet six inches above the ground. The reason the worker fell from the platform was never determined but, during its investigation, the Ontario Ministry of Labour issued an order to Quinton Steel requiring it to comply with a guardrail provision set out in the provincial regulation. The guardrail provision was part of a series of requirements in the regulation that were listed under the heading “premises” and required a guardrail around a raised floor, balcony, landing, platform or walkway.

Months later, charges were laid against Quinton Steel over the incident. However, Quinton Steel was not charged with failing to comply with the guardrail provision. Rather, it was charged under the general duty provision with failing to take the reasonable precaution of ensuring that guardrails were erected around the open sides of a raised wood platform.

Quinton Steel defended against the charge at trial. It did not assert a due diligence defence and took the position that the Crown could not prove that a guardrail was a reasonable precaution in the circumstances. The evidence at trial included:

• Workers knew they had to tie-off when working at nine feet or more above the ground.

• The temporary platforms were used on virtually a daily basis and were a vibrant yellow, meaning they were easy to see in the plant.

• The temporary platforms had been used for years without an accident or near miss.

• The Ontario Ministry of Labour had visited the plant on numerous occasions over the years without issuing an order regarding the temporary platforms — though there was no evidence that an inspector had ever specifically approved their use without guardrails.

In argument, Quinton Steel referenced the fall protection requirements contained in the Construction Projects Regulation and the Industrial Establishments Regulation. Those regulations require guardrails and fall protection at eight feet and 10 feet, respectively. Quinton Steel also argued that applying the general duty provision to the circumstances would reduce the certainty for employers because if the general duty provision could modify existing legislated standards, employers would not know the standard to be met. This would mean that the reasonableness of the employer’s actions would be determined through hindsight. Finally, Quinton Steel argued that it would not have been reasonable to be guided by the guardrail provision referenced in the order because that provision addressed workplace fixtures rather than temporary or mobile equipment.

The Crown raised a number of arguments to assert that guardrails were a reasonable precaution, such as that guardrails should have been erected because the vision of workers was restricted by their welding masks, making them vulnerable when moving along the temporary platform.

Quinton Steel was acquitted after the trial court found the Crown had failed to prove a contravention of the general duty clause. It accepted that working at a height of six feet six inches was below the height-based thresholds prescribed in the regulations and that convicting Quinton Steel would impose a more stringent standard than provided for in the regulations. Additionally, the court held that the guardrail provision applied only to fixtures at the premises of a workplace and not to temporary equipment. Finally, in evaluating the reasonableness of the use of guardrails, the trial court considered there had never been an accident or near miss involving the temporary platforms and the Ministry of Labour had never expressed any concern about their use.

The Crown appealed the acquittal but it was dismissed.

The trial and appeal decisions confirm that general duty clauses are not limitless in their application. They indicate that a general duty cannot be used to modify existing regulatory provisions that apply to the circumstances. Further, these decisions clarify that the absence of accidents, near misses or any prior concern by the health and safety regulator are relevant considerations in determining the reasonableness of an employer’s actions. This is particularly noteworthy because these factors are usually irrelevant in defending a health and safety charge.

This article originally appeared in the February/March 2016 issue of COS.