‘Even though UVC devices are efficient at inactivating viruses, anyone considering using them should also be aware of the serious health effects of using them without the appropriate safeguards in place’ 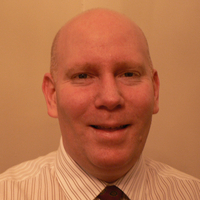 In our fight to stop the COVID-19 pandemic, the use of a range of control and prevention measures is vitally important. One measure that has gained a lot of media attention is the use of UV ‘light’ for sterilization of surfaces. Every day there are different devices being released which claim to be efficient at inactivating the SARS-Coronavirus. These devices are being used in grocery stores to sterilize the packaging of food just purchased, on public transit to sterilize seats and other surfaces, and in offices and other indoor public areas. Many of these reports indicate that the UV being used is safe for the people but deadly for the virus. Unfortunately, these reports are not entirely correct! Even though this type of UV is good at inactivating viruses, it poses a serious safety risk for workers and the general public.

Ultraviolet (UV) is often referred to as light, but it is radiation! It is part of the electromagnetic spectrum. This has the fundamental property that as wavelength gets shorter, the energy of the radiation gets larger. The ultraviolet region of electromagnetic spectrum has the highest energy of the ‘non-ionizing’ forms of radiation, with UV bordering on x-rays at its shortest wavelengths and visible radiation (i.e. light) at its longest wavelengths. It also consists of three wavebands of radiation, UVA, UVB and UVC, based on the biological effects that occur at the various wavelengths. The UV being used for sterilization is UVC. This has the shortest wavelengths and so the highest energy of the different types of UV.

UVC is unique in that it is totally filtered by the ozone layer, meaning that the UV we receive from the sun is UVB and UVA, with UVB often referred to as ‘sunburning’ UV. Any UVC we are exposed to comes from artificial sources. There are a large range of these sources currently in use in a variety of settings, including healthcare facilities for sterilization of rooms to kill bacteria and viruses in the air and on surfaces, and to sterilize drinking water. However, in all of these situations, there should be no direct human exposure to the UVC radiation.

Even though UVC has not been studied as much as the other types of UV, it is well know to cause serious injury to anyone who is directly exposed, even for a short period of time (i.e. seconds). Most of the studies that report adverse effects of UVC are case reports of accidental exposure. These studies report injury to the skin and eyes. For the skin, UVC doesn’t penetrate very deeply, but is considered to be carcinogenic as it can damage our DNA, while also with causing skin reddening (called erythema, or sunburn when we are exposed to the sun). Our eyes are particularly vulnerable to injury from UVC – the UVC is fully absorbed by the outer parts of our eyes and causes a condition called photokeratitis, commonly known as snow blindness or arc-eye. Even though this condition isn’t permanent and resolves itself within a few days, it is very painful.

Given the high energy of UVC and the well know adverse health effects of exposure to it, it is important that any UV device being used for sterilization is set-up to ensure that workers and the general public will not be directly exposed. This means that these devices need to be used within enclosures which can not be accessed, and they should have interlock mechanisms that shut off the device if anyone is exposed. The use of personal protection for any workers close to the devices should also be considered. It is also important that consumers don’t buy these devices for use at home.

Even though UVC devices are efficient at inactivating viruses, anyone considering using them should also be aware of the serious health effects of using them without the appropriate safeguards in place. In this time of great concern for public health, we need to ensure that any prevention measures we use are also used safely.