Pay drops expected to be between 10 to 50 per cent 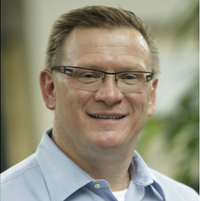 These are challenging times. Bob Dylan’s song “The Times They Are A-Changin'" is as relevant and significant now as it was in 1964 when he first sang it. We seem to be stuck in a flat economy, a recession of sorts, although no politician will say so. The economy has had an impact on safety now more than ever before and safety professionals are feeling the pinch. Likely nowhere is this pinch being felt more than in the oil and gas rich areas of the country.

World oil prices topped over $110 per barrel in 2011 and bounced along in $100-per-barrel territory for the next four years. This brought strength to the Canadian dollar and an unprecedented wave of development work in the oil and gas rich areas of British Columbia, Alberta, Saskatchewan and Newfoundland and Labrador. As the petrodollars flowed, so did the permits for new projects and all types of construction and development. With production costs for many oil and gas companies in the $20-per-barrel range, this newfound wealth brought thousands of new jobs and a huge demand for competent safety practitioners and professionals. With this demand came a positive response from universities educating more than 1,000 new safety practitioners over this period. Demand for safety practitioners seeking certification as a Canadian Registered Safety Professional (CRSP) soared too, with more than 1,500 people achieving their CRSP between 2011 and 2016.

Salaries skyrocketed in response to this new and unprecedented demand for safety professionals. Competent safety consultants could demand and receive more than $1,600 per day plus expenses. It hit a frenzied pitch in 2015. The good times were back on in the oil and gas rich areas of Canada. Safety practitioners and professionals alike could now be all but guaranteed to be paid well and many were likely to be over-paid in this frantic and frenzied race towards maximizing opportunity and production. According to the Board of Canadian Registered Safety Professional (BCRSP)’s Report on the 2015 Salary Survey, the average salary in the oil and gas industry hit more than $125,000 with a full eight per cent of survey respondents indicating their annual salary was above $175,000. This average is a full 50 per cent higher than employees working in the health-care and communications industries Canada-wide. To further illustrate the disparity in safety professionals’ salaries, Alberta’s average tracked a full 25 per cent above that of Ontario’s based on this survey.

In 2015, the price of oil began to fall, in large part due to overproduction worldwide and the lack of resolve of oil producing giants like Saudi Arabia to do anything to halt the plummet. By early 2015 the prices dipped below $50 per barrel and in 2016, the price slipped below $35 per barrel. Many oil companies were overextended, carried too much debt and faced deep financial trouble. The higher you fly, the further you fall, so the expression goes, and changing times forced a change in salaries, too.

Many of these once high-flying safety professionals find themselves in a challenging place with respect to their careers right now. Many are unemployed, frustrated one moment and hopeful the next. This economic shift hit the most senior people the hardest with many companies laying off the highest ranking safety professionals in an attempt to “right-size” the team and re-establish a salary scheme to fit the new economic realities. New safety practitioners now found stiff competition even for entry-level jobs, as experienced safety professionals re-evaluated their options. Just looking at the data in the BCRSP’s salary survey it’s clear a salary shift should be expected. Given the current economic circumstances in the oil and gas-impacted economy, a lowering of salaries in these areas of the country to better align with the rest of Canada is needed and will be coming. Analysis of the data suggests that senior positions will experience a 40 to 50 per cent drop in pay for newly advertised positions and more junior positions will see a 10 to 20 per cent erosion in average salaries. Pay cuts for employees that have kept their jobs have already started and are likely to continue. It’s a funny thing about boom-bust economies like oil and gas: When the boom is on, it doesn’t really feel like a boom, but then, inevitably, the bust comes and it really does hurt.

Many experienced safety professionals responded to the layoffs and the downturn by “hanging up a shingle of their own” and saying they would simply consult until the economy strengthens. With the depth of the downturn, most work that was going to consultants is now happening in-house, or not at all, so the consulting option is not really an option. In fact, many safety consulting practices have shut their doors and the principals are out looking for full-time employment. The job search itself can be a daunting task too. Many qualified people would see a job posting and think “I’m perfect for that.” Unfortunately, so do the hundred-plus other applicants. Entry-level jobs are no longer only being sought by entry-level safety practitioners. Experienced safety professionals are also applying. The challenge for laid-off oil patch workers is even if they get an interview for that advertised position, their resumé and past work history brings with it the bias that they have been one of those “underworked and overpaid” oil patch workers that will be going right back to what they know best once things return to normal. Let’s be clear though, things will not likely ever get back to that “normal.” This time, these changes will be longer lasting.

The response to this downturn has brought out the best in some people and organizations. It is true that necessity is the mother of invention. For example, the Calgary chapter of the Canadian Society of Safety Engineering (CSSE) launched a Career Café series of meetings to help reconnect unemployed and under-employed people, help them with resumé writing and interview skills and introduce them to OHS job possibilities beyond oil and gas. The Calgary chapter has also launched a mentoring program as a way for more experienced safety professionals to connect with people new to the profession for the purpose of networking and sharing experiences. If these people newer to the profession are to hold their own in this changing job market, they can all do with a little help and guidance from the more experienced in our profession.

What we do know is that one of the greatest determinants for continued and fruitful employment is professional development, professional certification and having a strong network. Whether we are in a boom economy, a bust economy or somewhere in between, all safety professionals need to be prepared by developing and implementing a professional development program, maintaining or seeking further professional certification and working to develop their networks. Many industries, including the safety profession, are built largely on relationships. It’s really a small industry, so, whether you are employed, under-employed or unemployed, now is the time to start building your network.

For all you oil and gas safety professionals, have hope. Remember one thing that can be guaranteed in oil and gas: After every boom there will be a bust and every bust comes another boom. When we finally get out of this bust economy and the economy booms once more, take note: Save your precious petrodollars and get ready because now you know what follows a boom and you will be prepared for what is coming next.

This article originally appeared in the February/March 2017 issue of COS.