Sensitization – a sensitive issue for employers

Upon receiving a complaint from a worker, the next step is to conduct an air quality assessment 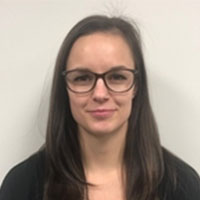 When it comes to workplace exposure, the rules for employers are relatively straightforward. If a workplace exposure issue is discovered, the onus is on the employer to investigate the source of the issue and control it. Doing this not only satisfies the employer’s legal obligation to safeguard employee health but demonstrates managerial commitment to maintaining a healthy and safe workplace. But what about workplace sensitivity issues?

Allergic sensitization is an immunologic process that occurs within our bodies in response to repeat exposure to a sensitizing substance. Once exposure to an allergen occurs, the body responds by generating antibodies — the immune systems defence mechanism against foreign invaders. Generation of antibodies in response to antigens is the fundamental mechanism for fighting disease — without this essential process we would not be able to fight off the common cold or go into a public space without contracting a devastating illness.

Most allergens do not illicit an innate immune response that results in an allergenic response. In most people, exposure to an allergen results in an immunological chain reaction that results in the generation of IgG antibodies, which serve a protective function. IgG antibodies quietly tidy up the detected allergens without causing any symptomatic response. Curiously, in some people, exposure to this same allergen causes a slightly altered immunological chain reaction that results in the generation of IgE antibodies. IgE antibodies can be thought of the body’s early alert system – these wonderful molecules bind to other cells, priming them to recognize the allergen of concern the next time exposure occurs.

This process of cell priming and subsequent immunological recognition is referred to as sensitization. For those individuals whose bodies react this way, allergic responses can be triggered by minor exposure to seemingly benign allergens. Why this happens to such a small subset of the population is unknown. Interestingly, several studies have indicated that allergen-specific sensitization differs by sociodemographic and regional factors and that the probability of allergenic sensitization decreases with age. There also appears to be a hereditary factor in determining your risk of allergen-specific sensitization.

All this being said, what is an employer to do when allergenic sensitization rears its head in their workplace? Upon receiving a complaint from a worker that symptoms such as fatigue, respiratory irritation, watery eyes, etc. are plaguing them at work, the logical next step is to conduct an air quality assessment. All the usual suspects would be assessed, such as carbon monoxide, carbon dioxide, mould and volatile organics. Oftentimes, the culprit is identified, and the problem controlled through implementation of appropriate hazard control measures. But what if the air quality results do not identify any issues? What is the employer to do? There is a myriad of potential allergens that have the potential to invade an office space — animal danders, food stuffs, cleaning products, glues, and, in 2019, cannabis and its volatile partner, terpenoids. Considering the allergic sensitivity response can be vastly different between individuals, how is an employer expected to identify or control allergens within their workplace? How can they be certain they are doing their due diligence to safeguard their employee health and safety when the sensitization process is largely out of their control? Is sensitization a workplace health and safety issue at all? Some would argue no, considering the vast divergency of potential allergens and array of potential responses, managing them all is an intractable goal. Ask a worker with sensitivity issues, and you’re sure to get a different opinion.

Common allergens such as nuts and perfumes can be banned from the workplace, but where does this leave the worker with more elusive allergenic triggers? Is it the employer’s responsibility to acquiesce every complaint from every worker? We don’t condemn our employer when we catch the common cold from a co-worker (at least not officially), so why blame them for the presence of a workplace allergen that only a single person out of dozens is reactive to? Where does the employer’s health and safety responsibility end?

Whichever way you look at it, sensitization is a topic that employers in a health and safety conscious workforce continue to struggle with. The line in the sand of responsibility on this issue can be blurry, akin to the vision of a sensitized worker. Perhaps confronting and addressing this issue head-on can help us all see a little clearer.