Will the threat of jail improve safety? 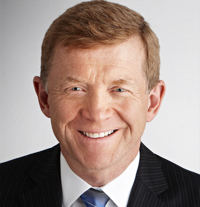 Opinion
In recent years, enforcement of occupational health and safety laws has taken on more of a criminal appearance. OHS regulators have increased pressure to punish employers and their representatives when accidents occur in the workplace. More organizations, officers, directors, managers and supervisors are being charged with criminal or quasi-criminal offences.

From a policy perspective, is the criminalization of OHS laws, and increased risk of jail for individuals charged, really improving occupational health and safety compliance? Or, to put it another way, will jail or the threat of jail really help reduce the number of workplace accidents, injuries and fatalities in Canadian workplaces?

In 2012 there were 244,365 workplace accidents that resulted in lost-time claims and 977 work-related fatalities across Canada, according to the Association of Workers’ Compensation Boards of Canada. These statistics have remained relatively static over the past five years.

Do these workplace injury and fatality statistics reveal the need for even greater criminal enforcement of OHS laws? Do we need more individuals going to jail under OHS laws? Or do the statistics indicate a lack of effectiveness of the criminalization of OHS law enforcement?

Jail is often determined to be the appropriate penalty for individuals who commit crimes under the Criminal Code. Sentencing provisions of the code have been extensively reviewed and refined by a number of successive federal governments.

The following are key principles that guide when and why jail should be used:

• to deter the offender and other persons from committing offences

• to separate offenders from society when necessary

• to assist in rehabilitating offenders

• to promote a sense of responsibility in offenders and acknowledgement of the harm done to victims and to the community.

The code has another guiding principle for when courts incarcerate individuals who have committed crimes. It states “A sentence must be proportionate to the gravity of the offence and the degree of the responsibility of the offender.” Keeping the public safe from dangerous individuals is a strong reason to put them away and keep them in jail.

Do the same principles of incarcerating individuals convicted of crimes equally apply to OHS laws in Canada? This is the heart of the question being addressed by regulators, politicians and workplace stakeholders.

Some OHS regulators argue that harsher penalties and more individuals going to jail is necessary. It is also suggested that jailing individuals who are responsible for workplace accidental injuries and death will be effective at reducing workplace accidents. However, I do not believe this will be the case.

Firstly, OHS statutes are strict liability, quasi-criminal, regulatory offences; the procedure in prosecuting such an offence is essentially criminal but the presumptive penalties associated with a conviction are quite different. Courts have consistently held that the presumptive penalty of a conviction of an OHS offence for an individual is a fine, not jail time. Jail is not presumptively an appropriate penalty for a guilty individual, be they a supervisor, manager, officer or director of a corporation.

Secondly, although criminal charges presumptively are a moral affront to society and may result in an individual getting a jail term, OHS statutes do not have that same social stigma. To pursue a jail term, OHS criminal negligence charges are necessary. However, there have been very few prosecutions under the Bill C-45 amendments to the code — only 10 cases in the first 10 years.

Lastly, there is a surprising lack of empirical evidence to suggest jail terms will result in increased attention to health and safety accident prevention and reduction in workplace injuries and fatalities. There is empirical evidence of the effectiveness of monetary incentives — demonstrated by workers’ compensation experience rating systems — and training prevention programs on reducing workplace injuries. However, there is no proof the criminalization of OHS laws — and the imposition of jail terms on directors, officers, managers and supervisors — materially affects behaviour such that accidents, injuries and death in the workplace are reduced.

The degree to which policy-makers, politicians and organized labour have called for the criminalization of health and safety law offences and jail for offenders is more of a knee-jerk reaction than good public policy.

Jailing OHS offenders may also have serious unintended consequences. For starters, prosecution of individuals enhances the rights of individuals charged. Our legal system provides greater procedural protections to criminal defendants. Criminal defences to OHS criminal charges include various rights under the Charter of Rights and Freedoms.

There is also a well-known practice that the Ministry of Labour inspectors in Ontario purport to use “inspection” powers during critical injury and fatality investigations. This practice will be challenged if individuals are more likely to be put in jail for an OHS offence.

The more aggressive and serious the penalties for OHS offences, the more likely the rights and defences of an accused will be pursued vigorously. This takes time, money, court administrative resources and “opportunity costs” to the judicial system — all paid by Canadian taxpayers.

The question then becomes if imposing jail terms on individuals to attempt to reduce workplace accidents is fundamentally flawed, why do governments persist in talking about and threatening a greater number of prosecutions, and even jail terms, for individuals?