Are we putting the cart before the horse? 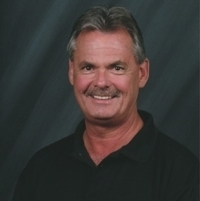 In the first installment of a three-part series that will run each Friday for the next two weeks, Dennis Ryan talks about why current health and safety strategies have not had any effect on the number of fatalities in the workplace, and advocates a redefinition of corporate health and safety practices.

It’s time for safety professionals to re-focus their approach to improving corporate health and safety. For too many years, health and safety experts have supported a prescribed menu for achieving safety excellence that’s been unable to reduce employee fatalities or improve corporate culture.

Safety professionals who succeed in helping the organization improve employee perceptions of management — such as leadership, credibility and trust — employee levels of job satisfaction or communication, etc., will succeed in adding value to the organization and will ultimately attain their safety excellence goal.

Not that long ago, a worker’s life held little value when compared to the life of a mule. In the mining industry of the early 1900s, a mule was considered to be worth more than a miner. Attitudes toward worker safety have changed a great deal since those days. Now corporate board rooms from sea to sea recognize the importance of a safe workplace, and safety is almost unanimously claimed to be corporate priority number one.

Statistically, company after company is demonstrating lower numbers of compensation claims and reduced frequency of lost-time injuries. There are even awards that can be won by companies that have succeeded in lowering lost-time injury rates by 20 per cent, 50 per cent or more. With all of these successes, one would think work-related fatality rates in North America would have decreased significantly over the years — but they haven’t.

How can success be measured?
There are still daily reports about people being killed at work, whether it’s a collapsed mine shaft or trench, an explosion in a refinery, an auger catching a worker’s leg, or a design that was never engineer-approved. Meanwhile, governments and insurance agencies proudly proclaim that lost-time injury rates have decreased and workplaces are getting safer. When looking at the national workplace fatality rates in Canada and the United States, though, it’s difficult not to question these claims.

Canadian fatality rates increased 30% between 1998 and 2008. Meanwhile, average American workplace fatality rates decreased only slightly during that same period. Had it not been for a significant and unexplained drop in 2008, though, the US’s ten year period would appear on a graph as flat or rising. Based on these statistics, neither country can boast that current approaches are improving worker health and safety. At best, the statistics suggest that a plateau has been reached. At worst, they indicate that the rates are actually increasing.

This statistical improvement doesn’t necessarily mean organizations are any safer. It may simply mean that the organization’s disability management programs have been improving, and that the length of time workers are away from work has, therefore, decreased. An organization’s quest to reduce accidents or achieve zero injuries can also place tremendous pressures on employees to the extent that they may not report incidents and accidents for fear of spoiling a perfect injury record.

It’s possible for companies to appear to have improved worker safety, at least from a statistical perspective, when in fact very little or nothing has improved at all. Fatality rates, on the other hand, can only be influenced in the long run by improved safety. If an organization has a fatality, there is absolutely nothing it can legally do to escape recording the event and including the number in its statistics. Fatality rates may be the most credible metric that can be used to gauge safety improvement. If this is true, fatality rates are indicating that current commonly touted preventive safety approaches are not working.

The question, then, is what has to change?

Part 2: Safety excellence – any way you slice it

Part 3: What needs to be done to change safety culture?

-------------------
Interested in learning more about what Dennis has to say? Stop by next week to read part two of the feature, where he'll discuss the critical factors that lead to companies achieving safety excellence and changing their safety culture for the better.

Dennis Ryan is the president of Compass Health and Safety, an Edmonton-based OHS consulting company. You may contact Dennis via e-mail at [email protected]