Arbitrator upheld termination because he did not have drug addiction 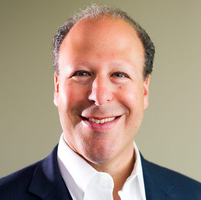 As most of us are aware, employers are required to accommodate employees up to the point of “undue hardship” where the need for accommodation relates to a ground protected by human rights legislation, such as a disability.

Addiction is recognized as a disability, which means that an employee diagnosed with substance dependency has the same rights to be accommodated as those suffering from other disabilities.

However, what happens if the employee does not request accommodation and is later terminated following a positive post-incident drug and alcohol test? This was the issue before the Canadian Railway Office of Arbitration & Dispute Resolution in the case of Canadian National Railway and Teamsters Rail Conference (F.A.), Re.

The worker was employed by the Canadian National Railway (CNR) as an assistant conductor for six years. During that period, he had been disciplined 11 times.

On July 22, 2016, when his active demerits totalled 55, the worker’s disciplinary record was reviewed with him to ensure that he fully understood the seriousness of his situation and what was expected of him. Additionally, CNR explained the availability of the Employee and Family Assistance Program (EFAP), if required.

Following that meeting, on Jan. 19, 2017, the worker was given a written reprimand for attendance issues as well as a final opportunity to change his behaviour.

Despite all these warnings, on Nov. 15, 2017, the worker’s violation of a company rule caused the derailment of a train. He was immediately removed from service and asked to provide a formal statement, which he provided on Nov. 28, 2017.

The worker was also required to undergo drug and alcohol testing which resulted in him testing positive for cocaine.

In his post-incident statements, the worker attempted to hide his drug use by stating that he had the flu and the first time he raised the issue of a drug problem was in his volunteered response at the conclusion of his formal investigatory statement.

On Nov. 30, 2017, the worker’s employment was terminated for accumulating 70 active demerits and for violation of the company’s drug and alcohol policy.

Arbitrator upholds worker termination
The worker brought a grievance against CNR seeking reinstatement. He argued that he was suffering from substance dependence at the time of the incident and urged the arbitrator to take into consideration the great lengths he had gone to post-incident to prove his suitability for reinstatement

The arbitrator dismissed the grievance.

The arbitrator concluded that at the time of the incident, the worker did not have a substance abuse problem that could be considered a disability under the Charter of Rights because he was only an occasional user of cocaine. The arbitrator held that absent an addiction, CNR was not under a duty to accommodate.

Th arbitrator further found that the derailment was caused by the worker’s negligent inattention. The arbitrator concluded that given the circumstances, including the safety-sensitive nature of the position, the worker’s disciplinary record and his short service with CNR, 15 demerits were warranted and justified.

The arbitrator concluded that even if he ignored the imposition of the 15 demerits that made the worker subject to dismissal, his coming to work under the influence of cocaine represented a serious offence deserving of severe discipline.

This case highlights that where an employee is terminated following a post-violation drug and alcohol test, the employee must establish that they have a disability and that there is a connection or causal link between the disability and the violation that occurred.

Anique Dublin, a law clerk and billing clerk at Rudner Law in Toronto, co-authored this opinion piece. She can be reached at (416) 864-8505 or [email protected].