Degrees of separation can be closed through communication technology 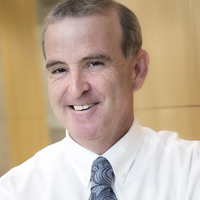 This reminded me of the six degrees of separation social theory first developed in the 1970s, and then popularized in the 1990s, that suggested we are only separated from any other person on the planet by six degrees — just six social contacts away from the Queen, the Dalai Lama or a surfer on the beach in Australia. So, why is it then that in some organizations the safety beliefs of the front-line workers seem more distant from those of senior management than we feel from that surfer dude on the other side of the planet?

I initially saw these effects of separation in my first job working on the frontlines in a remote location in the Northwest Territories for a company with its head office in Toronto. Not only was there a separation of great physical distance but there were also about six levels of management between the company executives and those of us on the work site. Our only insight into the safety beliefs and values of our company leaders was an annual letter that got posted on the bulletin board or occasionally even read at a safety meeting by a more diligent supervisor. It was difficult for the senior managers to visit this remote work site and, given the technology available in the early ’80s, there were few methods for them to deliver timely messages on safety. As a worker on that distant work site, I could not have articulated a single safety belief or value of the senior management.

There was, however, a movement occurring in safety in the mid 1980s, spurred on by safety legends such as Dan Petersen, which got senior management’s attention on their critical role in creating a strong safety culture. Effective senior managers communicated more than once a year. Their written safety messages were accompanied with a photo and a personal quote. They communicated their beliefs and values using electronic mail and they sent timely “Thank you” and “Congratulations” notes to distant parts of the organization. Some even videotaped their message. It was no longer acceptable to simply pass a message to your subordinate, who passed it to their subordinate and so on down the line and then hope that the front-line worker received the message. If you have played the whisper game, you can understand how “Safety is very important to us” can transform to “Get’r done” with six degrees of relay.

Today, we should be able to close those degrees of separation through our advancements in safety knowledge and communication technology. Management has almost immediate information on safety milestones and achievements, so their acknowledgement of those should be just as timely. An email or instant message to the supervisor of the work group can bridge the distance of geography and layers of management.

Another opportunity lies with the orientation of new workers. Instead of just flashing the company policy on the screen and hoping they take it seriously, it can be effective to have a senior management message as part of the orientation. This sends a powerful message that senior managers believe in safety so much that they personally want to touch each new worker with their message, face to face, with zero degrees of separation. Logistically, this may not be possible in a geographically dispersed organization, but a pre-recorded video message, a live video feed or a timely text to the facilitator can be quite effective.

Managers need to put extra attention to closing the gap between themselves and those workers who are even more distant than their own workers, specifically the contractors, the subcontractors and even the subs of the subs. A great tactic that I observed recently by a manager of a major facility, I will call him JY, was that he was present at the indoctrination of all the contractor and subcontractor workers who had been hired for the maintenance work. He personally talked to them about his values on safety and then handed out his contact information to every worker with the invitation to reach out to him if they had any safety concerns that weren’t getting addressed at the site. Not only had he reduced the degrees of separation to one (they had his direct email and phone number) but all the workers also knew who he was, what he looked like and, most of all, what he believed and expected about safety.

The reality of some workplaces may not make face-to-face communication possible, but managers and safety professionals need to explore all the methods available for reducing the gaps in distance and managerial levels to ensure the safety beliefs and values reach all their workers. Six degrees of separation is no longer acceptable in safety and we need to be much closer to our workers than we are to that surfer — or Kevin Bacon.

This article originally appeared in the August/September 2019 issue of COS.