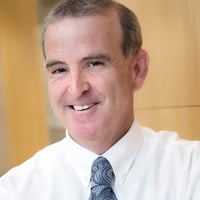 Safety culture has been described by safety professionals and management as the way the workers perform when nobody is watching. This provides an indication that workers have internalized the principles and practices of safety and that they are working safely because they understand it and have a desire to keep themselves, their co-workers and their workplaces free from incidents and losses. This makes sense to me and tells me that a worker is being safe because they want to, not because they have to. There is, however, still an element of “have to” anytime a worker is in the workplace — after all, that’s what they signed on to in their orientation, pre-job meeting and employment contract. Let’s remove that layer of “have to” and consider how people behave when they are completely out from under that control. Our employers are not making us be safe when we are in off-the-job environments, so these would be the locations and activities where we get the true sense of what we believe. Wouldn’t it be great if we could include those off-the-job observations as part of our formal safety culture assessments? Of course, we can’t do that, so let me tell you about my informal observations and how they helped me understand if my organization had succeeded with workplace safety culture development.

I worked at some locations where the employees lived in the smaller communities around the workplace. We saw each other off the job in our neighbourhoods, on the bike trails, at the arena, on the roads around town and during our various recreational activities. At one of these locations, there was a strong and positive safety culture in the workplace. Take a drive around the community and you could see and feel that same level of safety commitment off the job. These were the people who were cutting their lawns wearing their steel toed work boots, eye protection and hearing protection. Nobody made them dress in their personal protective equipment (PPE) off the job. No process or procedure forced them to do it. They dressed that way because they understood the purpose of the PPE and understood that the equipment they were using in their yard could be as hazardous as some of the equipment in the workplace. The people who truly “get it” when it comes to safety and have taken the safety culture home have a properly sized ladder set at the 4:1 slope to clean their eavestroughs, have cleared the area and have ensured that the kids are not going to be standing below where a tool may drop.

But my confidence in the strength of the workplace safety culture was undermined when unsafe behaviours were observed beyond the company property line. The workplace felt OK, safety was good (but not excellent) and conformance to standards was good. Workers maintained the speed limits when driving on the company property and followed the “No cellphones while driving” rule. However, there appeared to be some kind of switch that was flipped as they hit the edge of the company property on the way home. The radar detector got turned on, the cellphone got a special place in their lap and the speed increased well above the posted signs. When they settled in to their normal behaviours around the home, you would see the step ladder on the tailgate of their pickup truck to reach the eavestroughs. Standard practice for cutting the lawn was wearing flip flops, squinting to keep particles out of their eyes and when it came to hearing protection, well, they would crank up their earbuds because Aerosmith does less hearing damage than the lawn mower or whipper snipper.

While the use of proper tools and PPE away from the job is an indication that workers understand the importance of safety, the ultimate indicator was when they used the safety processes from work in their off-the-job activities.

The first recollection I have of a workplace safety process being used off the job was on a recreational paddling excursion. Several of us from work had gotten together on a Saturday morning to paddle a stretch of river. When we were preparing to launch, one of the paddlers in our group asked if there were particular hazards on this stretch that we should be aware of. As the hazards were described, he recorded them, not on a formal job safety analysis or task hazard analysis, but in the sand. He etched the word “logs” to describe the hazard present at the3-kilometre point. He captured the word “cable” as another hazard was explained. “What else could go wrong?” he asked. He then etched “bridge” into the sand as the designated meeting point if we got separated. The scratches in the sand would probably not have passed a typical workplace assessment of the pre-job planning processes, but it struck me that this guy understood and believed in the workplace processes enough that he was able to effectively use them without the supporting forms or management direction to do so. Now that’s a strong safety culture. On another occasion, not too long after we had given all our workers pocket-sized “Stop and Think” cards (our workplace last minute risk assessment tool) I had a worker ask for 20 extra cards. He was a Scouts leader and wanted to provide the kids in his troupe with the cards and teach them how to do basic risk assessments on their various activities. Believing in safety so much that you are prepared to teach the principles to the next generation? Yup, a great indication of a strong safety culture.

I never was able to develop a scientific or statistically valid method for confirming this relationship between off-the-job and on-the-job safety culture, but it became another indicator of safety culture beyond the perception surveys and workplace assessments. Nobody made any of these individuals take it home; nobody told them that they “have to,” yet they all took the initiative to apply basic safety principles when nobody was watching to keep themselves, their families and the next generation of workers safe.

This article originally appeared in the June/July 2019 issue of COS.