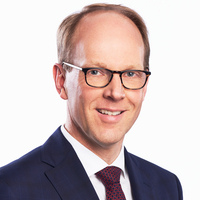 Opinion
A six-foot-two, 300-pound employee’s hostile, intimidating comment to a smaller co-worker in the company washroom was just cause for a three-day suspension, an arbitrator has decided.

In Workers United Canada Council v. Winners Merchants International, the evidence was that the suspended employee said, “I am your worst nightmare” to the co-worker as he stood over him in a threatening way. The co-worker was five-foot-eight and did not have the use of his left arm.

Although the union argued that the comment was said “in a joking manner," the arbitrator disagreed. She held that the line, “I am your worst nightmare” meant “I am someone you should be afraid of." It was “classic bullying” which took place in the washroom “which is the traditional hang out of bullies." The arbitrator found that the employee had perceived that his co-worker was anxious and tried to intimidate him.

“The grievor’s comment was not specifically a threat of physical harm but it was a violation of the company’s Workplace Violence Policy because it was inappropriate behaviour that could insinuate violence and because it was hostile language that would be intimidating to a reasonable person. The conduct was just cause for some discipline. It was not a first offence because the grievor received a one day suspension a few months before for making a threatening comment. The three day suspension he received was, therefore, in accordance with the principles of progressive discipline.”